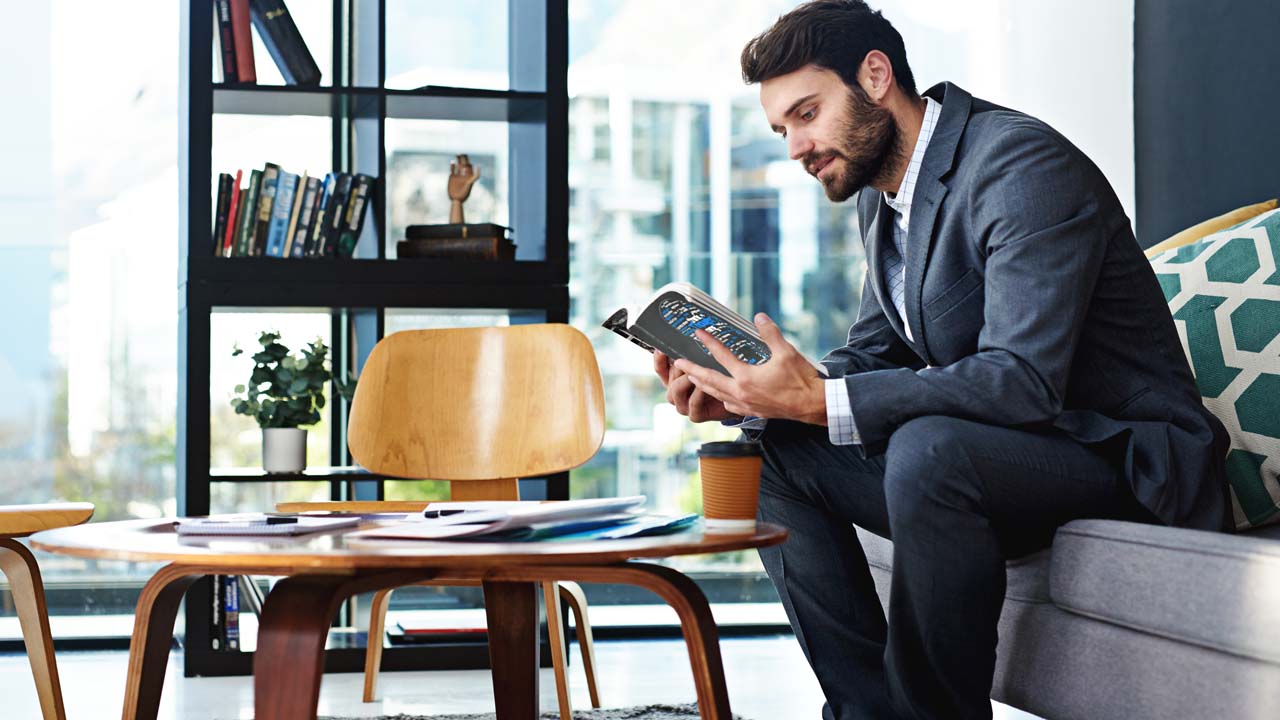 Taking a leaf out of the books of some business icons shows that leaders are readers. Nodifi CEO, Tom Caesar, shares his top 5 book reads for business owners.

Being a [successful] business owner isn’t a job, it’s a lifestyle choice. The work and passion doesn’t just happen from 9 to 5.

We take a look at five of the best books for business owners as recommended by Nodifi CEO, Tom Caesar.

The Four Obsessions of an Extraordinary Executive: A Leadership Fable 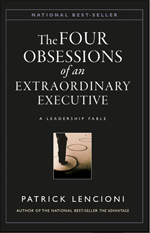 About
A follow up to Patrick Lencioni’s The Five Temptations of a CEO, this book engages the reader in a high-stakes tale of two rival consulting firms.

Vince Green, CEO of Greenwich Consulting, has one goal in life: one up archrival Telegraph Consulting, a highly respected firm. His obsession spirals as the reader comes to understand successes and failures applicable to other businesses.

Although fictional, there are multiple real-world takeaways for the entrepreneurial reader.

Discover the keys to sustainable success within your organisation by witnessing what to do and, just as importantly, what not to do.

About the author
American writer, Patrick Lencioni, is well known in the business world for his highly regarded books on corporate management.

Lencioni is also president of The Table Group [link], a US-based management consulting firm and is a regular keynote speaker in teamwork and corporate culture. 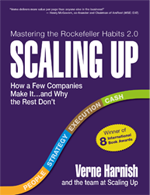 About
Scaling Up is aimed at all rungs of a corporate ladder, from frontline employees to top executives.

Written in a more traditional “textbook” style, Scaling Up provides strategic approaches to a massive range of trials that all businesses face. Disciplines listed come with examples answering why and how some businesses thrive – and others do not.

Apply lessons to your business on the following

The above list is just a few of the topics covered. Expect to pick up and put down this book as required while fitting in reading time around a busy schedule.

A standout lesson from this book is “hire less, higher pay”, which involves finding the right people, managed by the right people in order to increase productivity with less hands on deck.

About the author
American Verne Harnish, world-renowned founder of Entrepreneurs’ Organization (EO), has won numerous awards for his books, including the International Book Award for Best General Business Book.

The Ride of a Lifetime: Lessons Learned from 15 Years as CEO of the Walt Disney Company 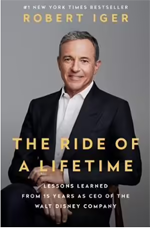 About
If you become the CEO of The Walt Disney Company and hold the position for 15 years, you’re bound to have some important lessons for others.

That’s what led Robert Iger to pen this book which details his leadership successes during his many years with Disney. For example, the concept that quality matters and embracing technology to think and grow bigger.

Under Iger’s leadership, Disney saw the acquisition of Pixar, Marvel Entertainment, Lucasfilm and 20th Century Studios which catapulted Disney into what we know it as today.

Some of his secrets of corporate success include optimism and fairness within an organisation, two aspects that can be overshadowed by others. For example, indecisiveness, one of Iger’s traits to bury, is both wasteful and destructive to morale as he details.

About the author
Robert (Bob) Iger is a legend in the corporate world. He saw Disney’s market capitalisation increase from US$48 billion to US$257 billion, over 435%, during his reign as CEO.

A standout achievement of Iger’s was constructing and opening the US$5.5bn Shanghai Disneyland which took years of negotiations with Chinese officials. The park incorporates American Disney and traditional Chinese themes inline with the company’s promise to be “authentically Disney and distinctly Chinese”. 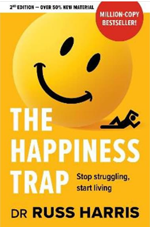 About
This book focuses on techniques for finding happiness, reducing stress and handling negative or painful emotions in both business and general life.

ACT (Acceptance and Commitment Therapy) is a psychotherapy based on cutting-edge research in behavioral psychology. It helps people live in the moment and avoid the ‘happiness trap’ and break self-defeating habits.

It may sound cliche or like other self-help instructional books, but The Happiness Trap takes a new and different approach – one that works.

Expect to take the following skills away

About the author
Russ Harris is a medical practitioner, psychotherapist and life coach from the UK. After migrating to Australia in the late 1980s, Harris achieved his life ambition, working as a doctor, however, something was missing.

Harris suffered from anxiety and depression and sought to understand his own and his patients’ mental health.

His search led him to the study of Acceptance and Commitment Therapy (ACT), ultimately conquering negative feelings. 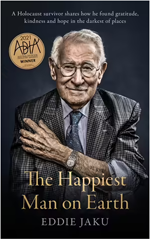 About
You wouldn’t think the horrors of life in a WW2 Nazi concentration camp would turn someone into the happiest man on earth – but that’s what happened to Eddie Jaku.

From 1938 to the end of the war in 1945, Jaku witnessed and experienced atrocities against his Jewish community in various concentration camps, including infamous Auschwitz. Because he survived, Eddie made a vow to smile every day and pay tribute to those who didn’t make it out.

The takeaways from the book include understanding how someone who went through such a terrible time can come out undefined by the experience and go on to live their ‘happiest’ life.

Such ideals can be applied to readers’ own lives.

The book covers acknowledging struggles and overcoming them to come out happier.

About the author
As per the above, Eddie Jaku led an eventful life, a large portion of which was spent in Australia where he volunteered at the Sydney Jewish Museum and gave a praised TED talk in 2019.

Jaku was a recipient of the Medal of the Order of Australia in 2013 and a finalist for the New South Wales Senior Australian of the Year in 2020.

Taking a leaf out of the books of some business icons shows that leaders are readers.

Bill Gates, for example, famously packs a bag of books when he goes on holiday and told a forum that, “on vacation I get to read about 3 hours a day so I get through a lot of books”.

Elon Musk said in an interview in 2017 that he was “raised by books” and noted that during his younger years, he read science fiction novels for more than 10 hours a day.

Nodifi CEO, Tom Caesar, is also an avid reader who gained a considerable amount of leadership skills and daily life hacks from the books mentioned above.

Make sure to take a leaf out of one, or some of the books listed above.