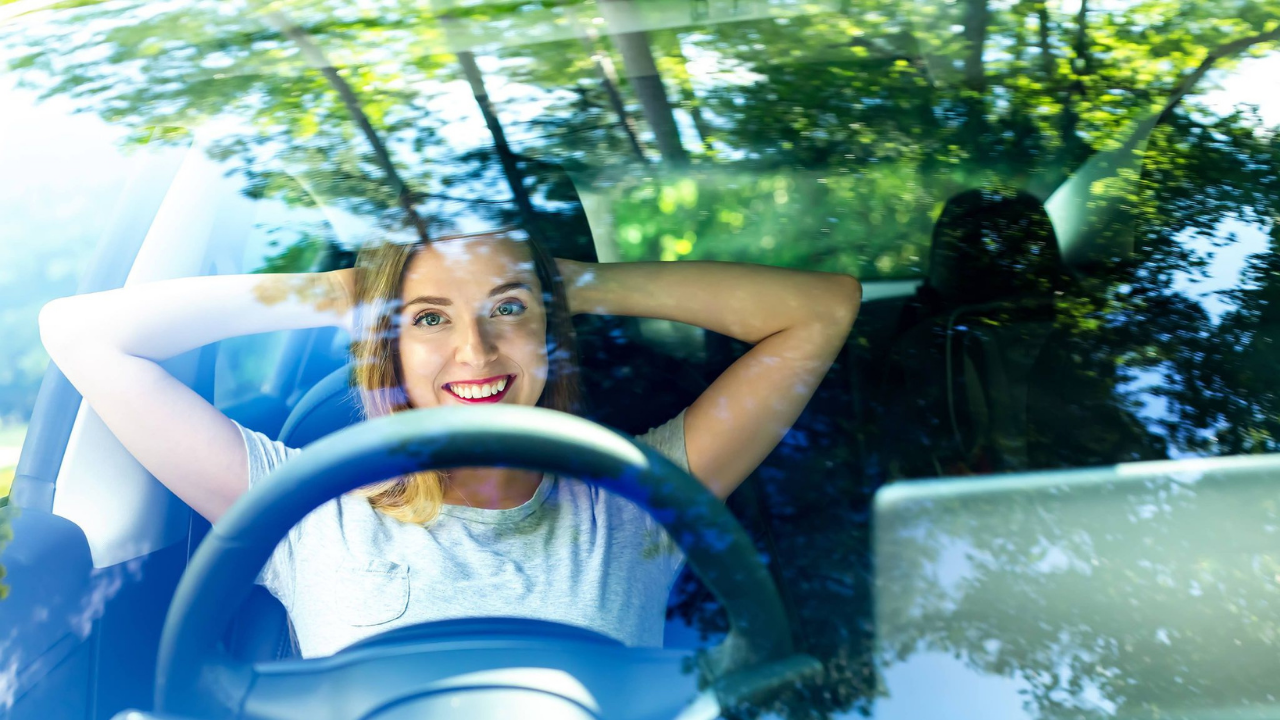 The Future of Hydrogen Cars

Hydrogen cars have been getting a lot of press lately - but are they the way of the future? We take a look at what they are, how they work and what they offer to find out if you’ll be driving one soon.

Another acronym is joining the car world’s already long list; FCEV or Fuel Cell Electric Vehicle. Hydrogen cars are FCEVs and they are creating a buzz – a zero-emission buzz.

We take a look at the possible future of transportation; hydrogen cars.

Hydrogen cars are vehicles that use hydrogen as fuel. Represented by ‘H’ on the periodic table, hydrogen is the most abundant chemical substance in the universe – a bonus when you want to use it as fuel.

When it comes to cars, the power plant is in the form of a durable crash-tested fuel cell, hence the ‘FC’ in FCEV. Oxygen, which comes from the ambient air, is combined, or ‘reacted’ with hydrogen. This process is called reverse electrolysis and generates electricity which charges batteries, powering electric motors and in turn, driving the car.

Hydrogen cars have a tank containing their fuel, a fuel cell where the above mentioned reaction takes place and batteries to store the generated power.

The by-product of the chemical reaction is water and heat – a big brag for hydrogen cars. This appears as water vapor and warm air from the vehicle’s tailpipe.

Hydrogen cars have their own power plant on board – the fuel cell and consequent chemical reaction. Electric vehicles like Teslas, on the other hand, require charging from an external source – you plug them into a wall socket.

Hydrogen cars on the market

Some manufacturers already have a hydrogen-powered model on the market, here are some examples. 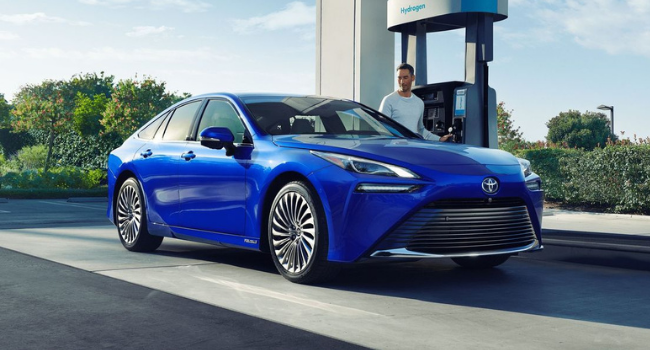 Meaning ‘future’ in Japanese, the Mirai is one of the world’s first and most well-known hydrogen cars. Launched in 2014, the current Mirai can achieve a range of 650km.

As of April, 2021, Toyota is only offering the Mirai on lease to selected organisations and businesses at a cost of $1,750 per month for three years. Upon completion of the lease, the cars get handed back to Toyota. 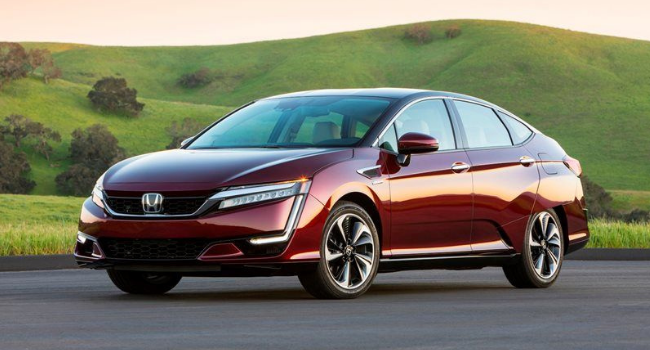 Honda’s four-door sedan, the FCX Clarity, has a range of just under 580km. It is not currently offered in Australia. 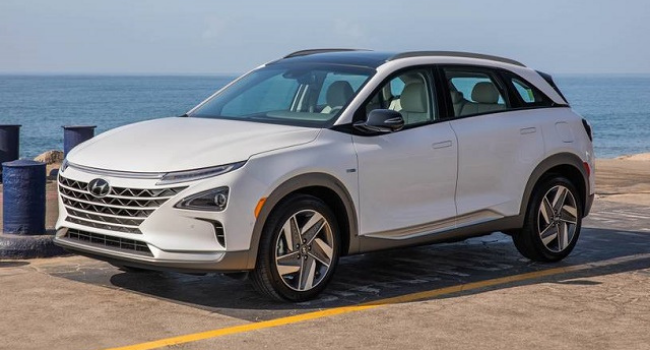 The Nexo represents the familiar and popular SUV shape, a favourite in Australia. Fortunately, unlike the FCX Clarity, it’s coming to Australia, but unfortunately, like the Mirai, it won’t be available to the public.

The Hyundai will be used in government fleet trials. Costs won’t be recuperated through sales at the end of the trials as vehicles get returned to Hyundai.

These vehicles offer advantages for motorists and the environment

A common complaint from EV drivers is the time it takes to charge them. Some electric vehicles on the market today can easily take over 18 hours to charge at home unless significant upgrades to an owner’s system are made (purchased).

Filling a hydrogen car’s tank is pegged at less than 10 minutes, 3-5 minutes in most cases.

Range is another complaint from almost all motorists. Most hydrogen cars deliver around 550 – 650km from a full tank of ‘gas’ or average around 3.6 – 3.9L / 100km – litres of hydrogen that is, not petrol.

In theory, the best of both worlds.

But ‘in theory’ doesn’t translate to ‘in reality’

Despite being the most abundant element in the universe, hydrogen comes with a few catches.

Firstly, it’s not common in its pure form on Earth.

Unfortunately, extracting hydrogen produces carbon dioxide. The simplest and most cost-efficient method of producing the element is by extracting it from methane.

This is known as ‘steam-methane reforming’. When heated and pressurised, methane reacts with steam to produce hydrogen. This, of course, requires energy which more often than not, comes from fossil fuels.

Methane isn’t a friend either. As per the European Environmental Bureau, the gas is around 86 times worse than CO2 as far as the environment goes.

Although there are cleaner ways to produce hydrogen, many require considerable investment and still demand large amounts of energy. Electrolysis of water is one such example, no methane required but the process has a large demand for electricity.

The bottom line is that making the fuel negates some of the ‘zero-emission’ driving.

It should also be noted that hydrogen cars still contain batteries – the part of EVs that get criticised for their large carbon footprint.

Hydrogen is not easy to store and transport. It needs to be cooled to below -252.87°C and / or compressed from a gas into a liquid. This costs more energy. Furthermore, hydrogen is extremely flammable and can explode when uncontrollably mixed with oxygen.

To transport fuel like petrol or diesel, you’ll only need a flame-resistant container, but hydrogen requires a lot more safety apparatus.

Most estimates put hydrogen at losing around 50 – 60% of its energy during production, storage and transport. This means for every 100 ‘units’ of hydrogen produced, only 40-50 actually make it to power the car.

In contrast, the typical loss of energy when moving electricity over copper wires is only around 5%, so you’ll have 95% left to use.

Many EV drivers are aware of the distance between charging stations. However, hydrogen car drivers have far fewer options.

Here’s a breakdown of vehicle fueling / charging stations in Australia at the time of writing;

The average cost of a full tank of hydrogen is around $70 – much more than the cost of a full charge in an EV. At best, that means around $1 for 9.28km. To compare, a non-hybrid Toyota Yaris can achieve around 14km for a dollar (manufacturer’s claim).

Hydrogen cars offer some amazing insights into what could be a viable alternative to fossil fuel in the future. However, with all the innovation, research and development going into and coming out of EVs, it seems hydrogen is not today’s solution.

To make hydrogen cars an option for consumers, they’ll need to compete with the availability and simplicity of petrol and diesel and the efficiency and ‘greenness’ of electricity.